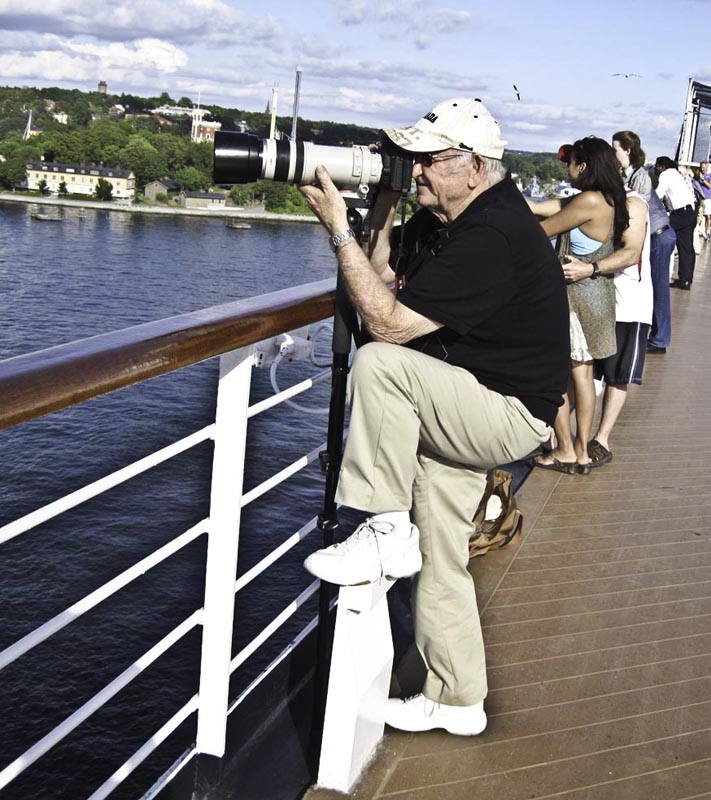 “No one has inspired me and influenced my work more than Canadian Photographer Yousuf Karsh. His world famous images of the Leaders of our times were beyond compare. His artistic craft and dedication in the art of Photography made me very proud to be his friend and fellow Canadian”.

I was born, educated and serve my apprenticeship in Germany. I arrived in Canada in 1958. After free-lancing for most Toronto News Papers and Canadian Magazines, I started my own Studio in 1967.

In 1974 I was the youngest recipient of the prestigious “Master of Photography Arts” award in Canada and in 1983 I received the same award from The Professional Photographers of America.

There have been many highlights in my fifty year career. My work as official photographer to the 1976 Montreal Olympic and the 1988 Calgary Olympics; or the film “Big North” for Ontario Place in Toronto. My 15 years as Director of Photography at Humber College in Toronto were I was able to share and pass on my knowledge in photography to receptive young minds.

After undergoing a life saving heart transplant operation in 1997 I have been traveling the world to shot images for travel stock. I have been in China, Thailand, Russia, Sweden, Estonia, Holland, Germany, and Finland, just to mention a few.

I have had numerous exhibitions of my work and I am currently working on an exhibition of a retrospect of the past fifty years. It will include images which are currently held by the Canadian National Archives in Ottawa.