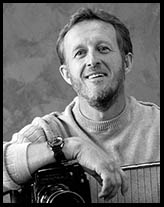 Dave Reede is a Winnipeg based assignment and stock photographer. He is among the top North American photographers of agriculture and farm life. Dave also does assignment and stock photography in other areas such as tourism and industry. He has an extensive range of photographic credits. Dave has won many awards for his work including PPAM Photographer of the Year, Kodak Gallery and Fuji Masterpiece Awards. He is a member of the Professional Photographers of Canada and the Professional Photographers Association of Manitoba. Dave consistently produces dramatic imagery that captures unique viewpoints and the quality of natural light. Dave often includes people as a central element in his photography.