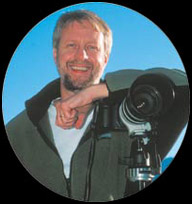 Henry Georgi has been involved in photography since his early teens. In his mid twenties, after a brief stint as a "ski-bum" in Europe, Henry decided to pursue photography as a full-time career. Now, 20 years later, Henry is considered one of the top outdoor sports photographers in North America.